We just finished week 18 of 36 for Mandarin Chinese language training, so we are officially halfway done!

I’ve been meaning to write about language training ever since we started, but we only had two weeks at FSI before COVID-19 lockdowns and we went to Zoom online instruction. We were really dreading online classes, but actually it has worked out pretty well! Since we had hired a nanny, we were the luckiest of all our colleagues with children because we were able to continue our childcare plans. In addition, we also happen to have family in the area who let us come work in their basement. While we do miss in-person interaction and the technology problems are a bit of a pain, but we feel so blessed to have our current situation. We really couldn’t ask for anything else.

Although Mandarin has a reputation for being “impossible” or one of the “super hard” languages to learn, it actually isn’t that bad. The hardest part for me is that there are five different tones: high, rising, low, falling, and neutral. For example, “ma” can be pronounced five different ways and have five different meanings. 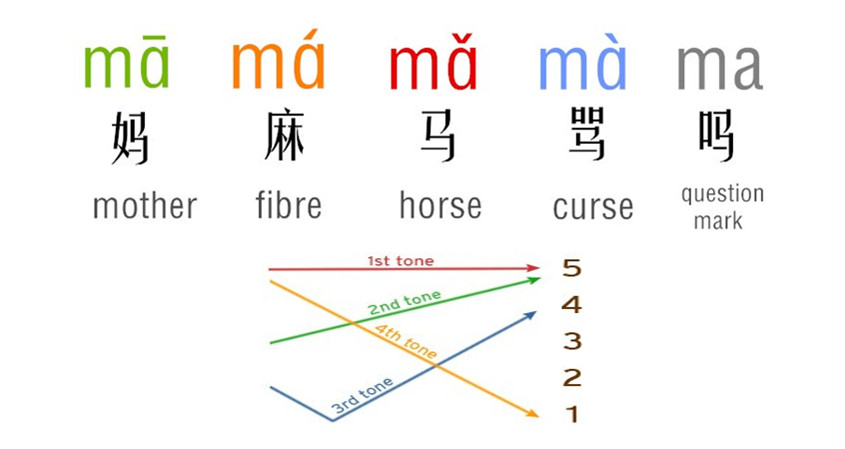 Before language classes even started, Gray was already all over the internet reading everything about Mandarin. He had me doing pronunciation exercises while I was home with the kids, and as much as I dragged my feet – it was really helpful to arrive on the first day and already have a good foundation.

The really easy thing about mandarin is how simple the words are. There are no verb conjugations! I repeat – NO VERB CONJUGATIONS! To tell the listener who you’re talking about, you just use the pronoun –  so easy! Unlike Spanish where I was constantly using the wrong tense or wrong person, I never have to worry about that in Chinese. If you want to tell the listener that you’re talking about the past – just add a one syllable character “了 (le)” – or use a time phrase (i.e. “last weekend). It’s so simple.

Mandarin grammar is all about the word order, and it’s not the same as English. I definitely struggle with choosing where to put different clauses, but it has gotten easier each week. For example, you have to put time phrases first, so you can’t say “I went to the store with my friend yesterday.” Instead you have to say “I yesterday with my friend go store.”  Even worse, “the gift I bought for you in Beijing last week” is the “I last week in Beijing for you bought gift.”

Anyone that knows my husband knows that how good he is at acquiring languages. Not only does he have a background in linguistics, he also has a curiosity and passion for learning languages.  He is thrilled to be paid to study Mandarin. He’s the guy that has watched everything on YouTube in his target language, knows all the good stuff on Netflix, has figured out how the best music artists are (in terms of ability to understand their lyrics), and spends way beyond his daily 8-hours immersed in the language.

If I had to sum up our experience in language training, it would when one teacher in the first few weeks said to him, “you very smart!” and to me she said, “you smart, but not the smartest.”

In reality, I am not bad at learning languages, I just don’t have Gray’s natural ability or his level of interest.

A few weeks ago we had a mini-evaluation to see if we were on track to pass with our required scores by November. Of course, life would have it that my evaluator was a super strict instructor and although she said I was on track, she highlighted all my faults. “Can’t remember basic vocabulary,” “does not speak at length or use connectors,” “utter failure.” Perhaps a bit of an exaggeration (OK, a big exaggeration ;)), but please compare to Gray’s evaluator (the nice one) whose glowing comments included “native-like pronunciation” “Amazing depth of vocabulary,” “the smartest Chinese student FSI has ever seen!”

I’m immensely proud of him, and I’m grateful to have him as our family spokesperson when we move to China. But that doesn’t mean I’m not rolling my eyes every day.

View all posts by caitgus